Tis' the Cornish one bringing glad tidings... it's our second birthday... 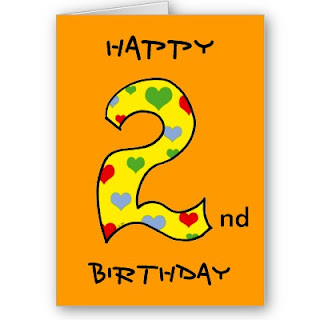 Apologies for the lack of blogs....I've been busy on the day job and moonlighting on the hobby side too, helping out with those mighty fine people of Topgunge

However, as we celebrate our birthday with one of our funniest and sexiest vids yet starring top wam stars Shay Hendrix and Jess West, in Episode 19 Part 3 - lovingly monikered In Your Pants! A linguistic game, which failure brings gunge - in your pants!

So some birthday stats!

"Purely for Beki's chicken impression - it had us in stitches ourselves, no wonder Keeleigh copped it!"

"Simply for the epic gunge battle between Jessie and Lauren, which neither of us saw coming!"

So my choices....hmmmm, what better to muse on!

So there I was, with Scouse hoping for a nice pleasant shoot - but bedlam enveloped! Truly truly mad is Demi....

When Messy Jessie said yessie to playing with us, we were more than delighted. It was also the first time the wam world sore the lovely blonde's beautiful boobies! What wasn't there to like. It was also a start a beautiful relationship between us guys and her- however I owe her one for gunging me at the Moomin Messy party! 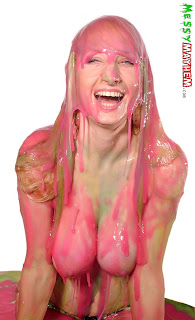 Take our favourite Brummie and all round Messymayhem legend Karen and add the lovely Eden of Splosh and Mike Nomic's Mud Shoots fame. We make them play the bomb quiz, with Karen proclaiming that she's thick! And then a unlikely conclusion...
So, there 2years done... whats coming up in year 3. Loads of new girls, loads of gunge, loads of silly games....so here's to another 2 eh!